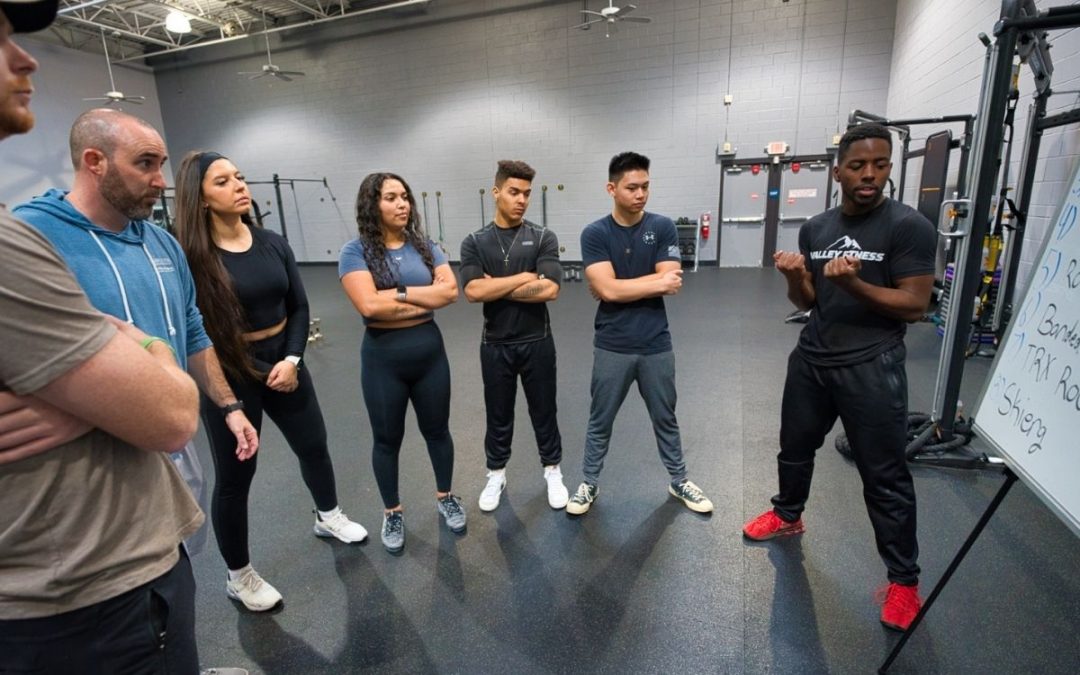 Cardio is not something all of us look forward to when exercising. It often takes a good amount of time to do as you jog mindlessly on that treadmill for thirty minutes while the sweaty guy next to you is gasping for air. Of course, you can always go for a run outside but that sometimes turns into a game of Frogger as you jump around obstacles trying your best to avoid them.

If you hit up the gym on a continuous basis, you probably see all the regulars on the treadmills. There is the overweight guy that never seems to lose weight even though he runs every day, the overweight woman who very could well be the overweight guy’s wife because poor eating habits run in the family, and then three or four people that are thin, but appear to have no muscle tone. And then you also always have the ones that just like the social scene of the gym. Walking on a treadmill without breaking a sweat while watching Fuller House is okay with them.

It can be confusing. There are people always seeming to do cardio, but not displaying any positive results from it. Their physical appearance is a bit underwhelming for how hard they are working. After all, if you are working out consistently a few hours a week, you want results that are noticeable.

The good news is there is a different approach to cardio that should yield better results in less time.

Why Cardio Is a MUST for Everybody
Everyone knows that cardio is important. It’s been beat into our brains ever since we started getting yelled at in junior high gym class for standing still too much. But do you know exactly why it is important for all of us?

Well, as you probably already know, cardio is short for cardiovascular exercise. This is any type of exercise that increases your heart rate and gets your blood flowing throughout your body. In doing so, cardio actually strengthens your heart and lungs. It reinforces your blood vessels and arteries as well. All of this improves the amount of oxygen that flows in your body. This is why when you neglect cardio for a substantial amount of time, you may get winded just walking out to the mailbox every day. Many people mistakenly believe that this is just a sign of getting old, but it really isn’t. It is a sign you have become lazy and have been neglecting cardio exercise for too long.

Another benefit is the way it can burn off excess calories and fat. We are a nation of fat people, more than 40 percent of adults are diagnosed as clinically obese, and judging by the number of people I see carrying around Big Gulp sodas, this isn’t going to change anytime soon.

Cardio can also increase bone density. Bone density shows how susceptive you are to breaks and fractures. As we all get older, our bone density lessens to a certain degree. Have you ever had a parent or grandparent fall down and break something? Blame it on bone density. However, you can combat against it through proper diet and exercise. There is a reason that 90-year-old down the street can walk circles around you and can shovel his driveway faster than you, too. This man has maintained his cardio through exercise and he has the bone density to back it all up.

There are also advantages to cardio that goes beyond the physical realm. I’m not talking about any Dr. Strange stuff, but doctors will often recommend certain medications when a patient mentions trouble with depression or anxiety, but exercise will improve a person’s mood much better in the long run than medications with countless side effects. In addition, you will feel more confident as your appearance changes for the better. A lot of people get depressed, but it is how you work to get out of it that matters. Eating that box of doughnuts at midnight may seem like a great move to eliminate your blues, but when you look at the scale you will be feeling even more depressed.

The Problems with Cardio
Now that we know just how important cardio is to leading a productive life, we also have to realize there are some drawbacks to it as well. Even the most faithful runner will attest that it can all get quite monotonous and boring, leading to them taking a break from exercising for extended periods of time. After a while you can start to relate to a hamster running around on that spinning wheel in its cage.

Furthermore, while extended cardio exercise like running and biking is great at burning fat, they will also eventually burn muscle as well. Long-duration cardio is a term for any cardio that lasts 30 minutes or longer. The legendary wrestler Ric Flair always likes to proclaim that he is a 60-minute man, in wrestling and in the bedroom. Is he eliminating muscle mass while doing this? Perhaps. But at least he is doing it in an exciting way.

If you take the time to look at long-distance runners, the ones that are really committed to it, you will notice that they are mostly skinny without much muscle tone. They may be able to run long distances, but they also resemble a walking skeleton. This is because long-distance cardio will eat away at muscle once it is done burning through fat. Muscle is hard to come by as it takes a proper diet and training to get it, so don’t give it up so easily if you can.

Lastly, long-distance cardio tends to injure the participants that do it often. “Congratulations! You ran a marathon. And now take the next month to bounce back from it.” The lower body continually takes a beating when you run, and soon your knees, ankles, and hips will be hurting you. In fact, it is quite easy to attain stress fractures from long-distance running.

All these reasons are why you should give high-intensity interval training (HIIT) a try.

What Is High-Intensity Interval Training (HIIT)
For those that are new to HIIT, I assure you that there is no black magic going on with this alternative way to do cardio. Just old fashion science. HIIT is hard work and it is not always for everyone, but if you make a commitment to it, then you will be pleased with the results.

HIIT basically means that a person goes all out on high-intensity cardio for a short amount of time. It is full blast cardio for seconds instead of minutes. Think of the sprinters that you have seen during the Olympics or even a college event. These sprinters always appear to be pretty muscular and jacked with extremely low body fat. Sprinters only run for a very short amount of time, so fat is the only thing burned. HIIT generally leaves the muscle alone.

The History of HIIT
HIIT is not new. It was originally developed to increase running performance. Early 20th century runners and trainers would incorporate HIIT into their training regimen to further their development. In the early 1900s, the Finnish gold medalist Hannes Kolehmainen prepped for his chance at Olympic gold by using interval training.

These early innovators would alternate between fast and slow runs during training. Some of the runners would even decrease the amount they usually ran so they could go all out with high intensity. They estimated that this would give them an advantage over others during the actual race because they were not just doing the slow to moderate speed cardio that everyone else was doing.

Ever since then, trainers have designed various HIIT programs for their runners to improve their performance. Whether they are biking, running, doing jumping jacks, or any sort of cardio, each exercise could be modified so it would be a HIIT workout.

Benefits of Switching to HIIT Cardio
While these early pioneers used HIIT to improve their achievements, they also were quickly able to determine something else. They figured out there were certain health benefits to performing HIIT cardio instead of the regular, drawn-out cardio that took forever.

HIIT is all about intense cardio training with low-intensity recovery periods placed strategically throughout. These rest periods are needed because when you are completing cardio at a manic pace like you are being pursued by a horde of bees, you can only last so long. That is why professional athlete sprinters mainly run 100-meter to 400-meter races. There is no pacing for these. It is tie on your shoes and hope they stay on cardio.

A HIIT workout usually will last only between 10 and 20 minutes. Now and then, it might even stretch up to 30 minutes, but not really anything longer than that. Despite how short the workout is, it can produce calorie-burning results that are superior to other forms of exercise.

Still Burning Calories After Training
Every workout will provide a bit of calorie-burning effects after the person is done training. But a HIIT workout increases a person’s metabolism for hours after they are finished training. In addition, it was known to quickly convert your body into using fat for energy instead of carbs. An extremely interesting study conducted detailed that participants who did just two minutes of HIIT sprinting increased their metabolism so much that over the next 24 hours, it produced similar fat-burning capabilities to those that ran for 30 minutes.

Maintain Muscle Mass with HIIT
As discussed earlier, HIIT focuses on burning fat and calories. It leaves your muscles alone and even strengthens your legs a bit. Low to moderate cardio performed for lengthy amounts of time will attack your fat as well, but it does not discriminate and also starts eliminating your muscle mass. Muscle is something to be preserved. Muscle burns calories even while resting, so if you are concerned about your weight, you definitely don’t want to sacrifice any of your muscle mass.

If you’re ready to try HIIT classes ask any Valley Fitness manager for a free pass.