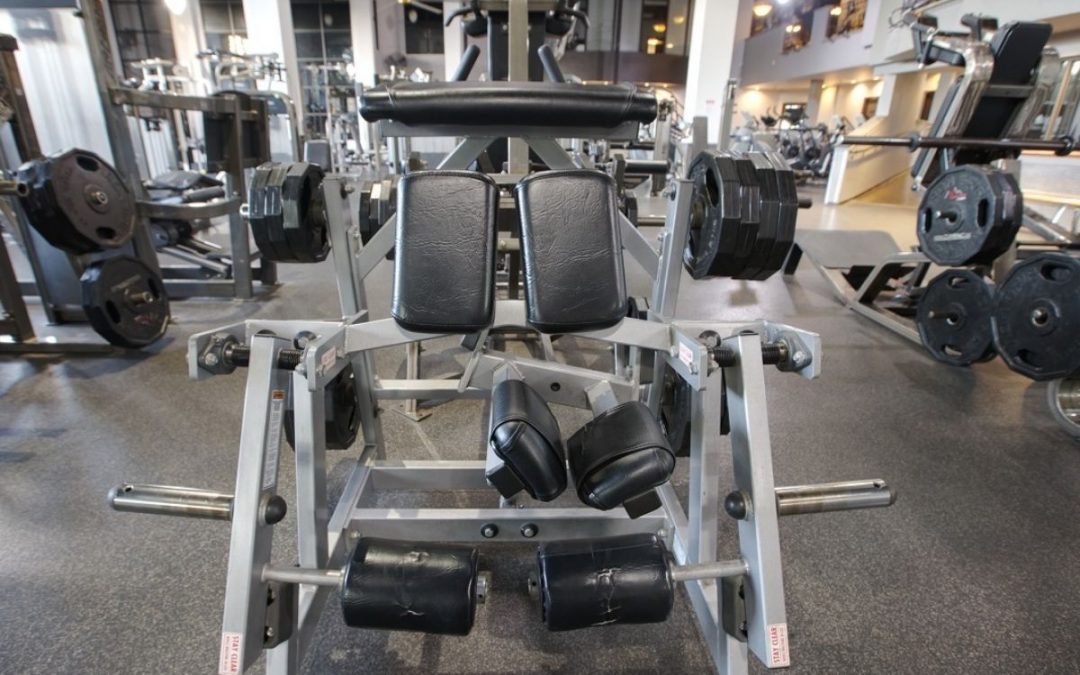 When you are first learning the ropes and gathering up knowledge on strength training, you usually pick up the basics pretty quickly. You might have learned from others to split your workouts into certain muscle groups, such as chest on one day and legs on another. Maybe you try sticking to the ten reps for three sets routine as well.

What Is HIT?
There is a better chance you have heard of high-intensity interval training (HIIT) for cardio rather than HIT training for strength. But in certain ways they are similar. While HIIT training involves maximum effort for short bursts of exhausting cardio, HIT strength training actually involves essentially slow-motion reps. Both require all-out exertion, though, and produce great results.

HIT strength training focuses on just two things: Perfect form and slow-motion reps. It is all about quality of the form and not the quantity of the reps. This is quite a different way of strength training than you see in most gyms, and it requires the person to put their ego aside. Nobody in the gym wants to be seen benching 150 pounds at a snail’s pace when their max PR is over 300 pounds. But with HIT training, this is what you must do.

The science behind it is that the weight lifting pros believed they could receive faster strength and muscle growth when reps are performed at a slow pace. The strain is so great on the muscle that it is grueling to do even a few reps with HIT. With this in mind, people doing HIT strength training are only required to do one set of each exercise with only three to five reps involved in the set. As an added bonus, the reduced number of sets and reps will also help the person avoid injuries. After all, how many people have you witnessed injuring themselves trying to lift the most weight they can?

All of this may sound very new to you, but there are those that buy into HIT strength training completely. With the slowness and controlled speed, the arms and legs will start to tremble like never before. Your muscles then enter into momentary muscle fatigue (MMF) as they are getting broken down the same way they do when you are doing three sets of ten reps with a heavier weight. And in turn, your muscles will start rebuilding themselves and grow a tiny bit bigger during the next few days of rest.

Yes, you read that correctly. HIT strength training is only done once or twice a week at most.

To put it simply, you perform only five to six strength training exercises with HIT. You would want to focus on exercises that are compound movements so as many muscle groups are operating as possible. Quite a few people doing HIT training will go with bench press, squats, military press, bicep curls, and pull-ups. And remember, you are only doing one set of each at three to five reps, so your workout will be completed in less than half the time it would normally take.

History of HIT
HIT strength training was developed near the beginning of the 1970s by professional athletes’ coaches and trainers. They were interested in decreasing the repeated heavy lifting that usually goes with weight training. They recognized that while it makes the athletes stronger, it also results in more injuries. They wanted to create a way of training where the athletes still acquired muscle mass, but at less of a risk. This is when they started examining HIT as a new way of getting stronger.

Bodybuilding Icon Mike Mentzer
If you are thinking to yourself that there is no way that HIT strength training can produce the results you are used to, then maybe you should research Mike Mentzer. Mentzer was a bodybuilding beast that competed against Arnold Schwarzenegger back when the Terminator was in his prime in the bodybuilding world. And as you know, Arnold would never lose, so Mentzer was frustrated when he would not be voted the winner at many of these contests.

Mentzer was positive that he had just as an impressive body as Arnold, and he was achieving his physique in a different way than everyone else because he was doing the HIT strength training method. He set out to find the perfect number of reps per set completed at a controlled pace of four seconds down, and then four seconds up.

Mentzer competed in professional bodybuilding for ten years only using HIT strength training. He would usually work out three days during the week and only perform 7 to 9 sets per workout. You may be asking yourself if it paid off for Mentzer? He won several bodybuilding contests, including the Mr. Universe title in 1978.

As the 1990s rolled around, Mentzer would go on to train others with HIT. Also, he finally believed he had found the perfect HIT strength training routine as he experimented with those he was training. Mentzer had cut it down to just one strength training workout a week with only five sets per workout. This means that the person would then rest their muscles six to seven days before their next workout.

Mentzer passed down his knowledge to professional bodybuilder Dorian Yates. What did Yates do with this new strength training? He went on to win six Mr. Olympia’s in a row. If this doesn’t inspire you to try out HIT strength training, then it is time to hang up your tight t-shirts and cancel your gym membership. To learn more about HIT, check out Mike Mentzer’s book High-Intensity Training the Mike Mentzer Way.